This morning we set off south from Flagstaff on the beautiful 27 mile Oak Creek Canyon Drive that leads to Sedona.  It was voted one of the prettiest drives in Arizona and it did not disappoint.  Sometimes you have to adapt and that it what our plan today had to do.  Originally, we were going to the famous rock water slide at

Slide Rock State Park and Sedona in the evening, but on May 20, 2014, the area just north of Slide Rock had a substantial fire that consumed over 20,000 acres and took over 45 days to control.  The fire retardant that was used is still affecting the water quality and majority of Oak Creek (including National Forest areas and Slide 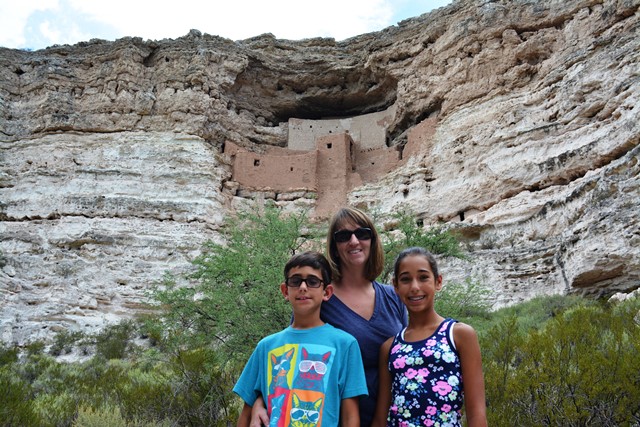 Rock SP water areas) are closed until the fall of 2014.  We will just have to do Slide Rock SP on a future visit!  The canyon drive started out through a forest setting for the first 10 miles and then winds its way down through a nice maze of switchbacks and beautiful canyon before reaching Sedona. 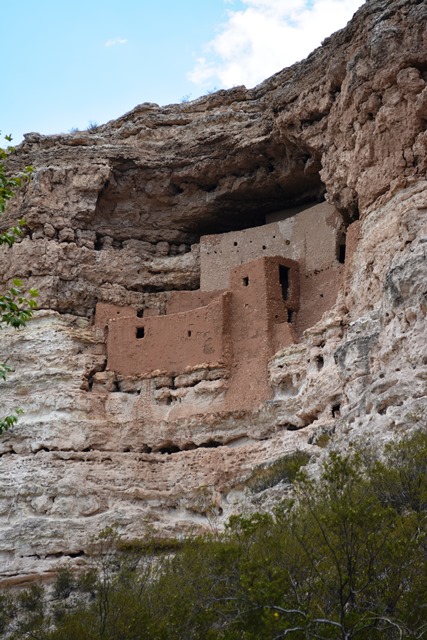 We made our way quickly through Sedona since we were coming back through late afternoon.  We drove another 30 or so miles and arrived at our first destination, Montezuma Castle National Monument.  The 5 story castle was likely built by Sinaguan farmers in stages between 1100 and 1300.  It is an imposing structure and until 1951, tourist were allowed to enter the castle but their numbers became so great that irreparable harm was being caused.  The views from the ground though (especially with binoculars) was very impressive.   Next, we headed up the road a short 25 minute drive to Tuzigoot National Monument.  This original structure was two stories with 87 ground floor room and over several hundred inhabitants by the late 1300’s.  What was neat about Tuzigoot was that you could actually walk on the roof and in several of the stone rooms.  By mid-afternoon we made our way back north past Sedona’s Bell Rock to the very “New Agey” Sedona proper. 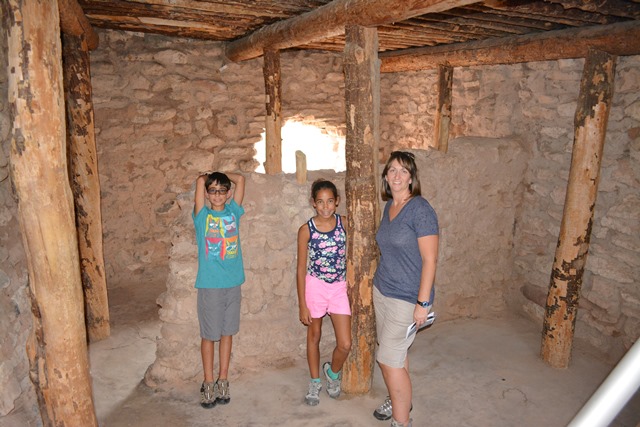 Inside the Tuzigoot dwelling built approx. 900 yrs ago.

There were numerous companies and individuals vying to lead us to the areas’s “energy vortexes” and other New Age practices as well as a multitude of Jeep or Hummer tours, train rides, expensive restaurants, golf courses and other activities that would be happy to help us part with our dollars.  We decided to just take a leisurely stroll through the downtown area.  Victoria and Thomas found a free outdoor music area and decided to try their hand at the pipe xylophone.  As they were playing, I glanced up to the second floor and like a ray of bright light it hit me- “Buck Thornton’s World of Jerky”!  Both Thomas and I really enjoy jerky and we couldn’t pass up the opportunity.  They had Beef, Buffalo, Elk, Trout, Venison and 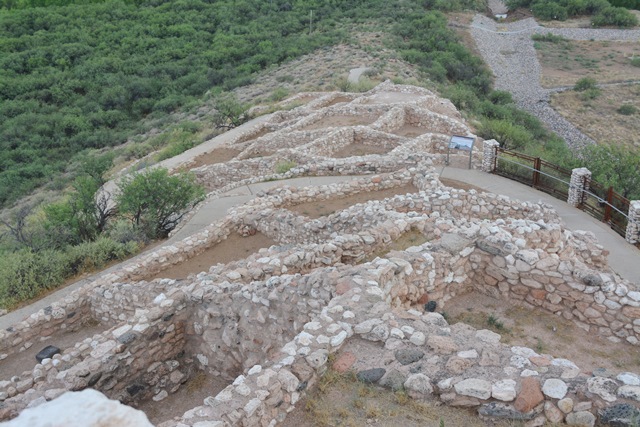 other varieties and it was fresh! The samples they gave us hooked us in and we bought some buffalo jerky and venison sticks much to Lindsay and Victoria’s chagrin.  Later we had a nice Mexican dinner and then some ice cream while watching our first TV in 25 days.  We made the same return trip home along Oak Creek Canyon Drive and saw some elk just off the road just before sunset.  I jumped out and watched the small herd of 25 elk (mostly cows and young) as they slowly moved deeper into the forest.  That made the day for me since I had been having withdrawals from not enough animal sightings thus far this year!  We made our way back to the RV and relaxed for our last night out west- tomorrow we begin the push for home!