We set off from Flagstaff, AZ this morning and immediately got into some flatter 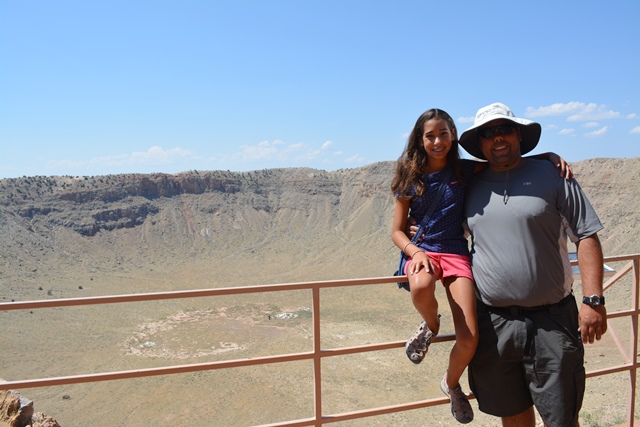 driving on I-40 (nice for driving, but not for the scenery).  Less than an hour later we pulled into Meteor Crater.  Meteor Crater is neither a federal nor a state run location, but rather has been privately owned by the Barringer family since 1903, when Daniel Barringer purchased it believing there was a large amount of iron ore from the meteorite strike that could supply his mining company.  Mining proved unsuccessful and today the crater is marketed as the “best preserved meteorite crater on Earth”.  The crater is almost 1 mile wide, 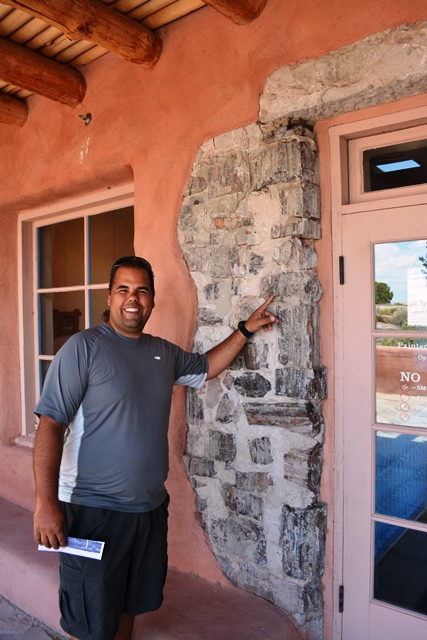 over 2.5 miles in circumference and 550 feet deep.  In the interest of time, we skipped both the movie and the ranger guided rim tour and instead explored the exhibits at the visitor center and took a short self-guided walk along the rim.  It was pretty neat to see a site where there had been a confirmed meteor strike of the earth.  We made our way another hour up the road and set up our camper at the Holbrook KOA before 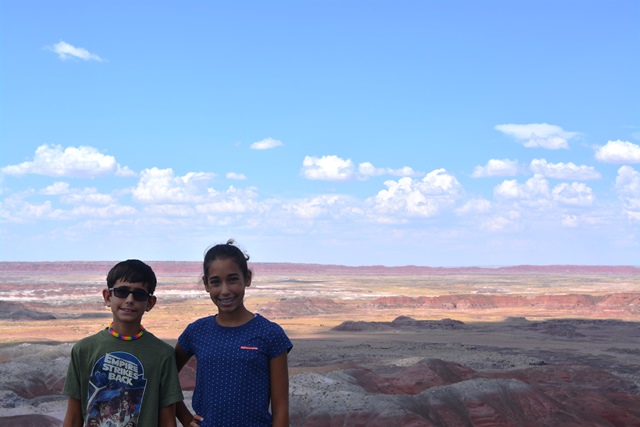 noon.  After the short 20 minute ride east on I-40, we were at the North entrance to the Petrified Forest National Park (PFNP).  We stopped at the visitor center and watched the short video and set off to explore the park.  PFNP has one of the largest known concentrations of petrified wood in the world and portions of the beautiful Painted Desert.  When the trees sank after being waterlogged, a mixture of silt, mud and volcanic ash buried the logs.  That cut off oxygen and slowed their decay. 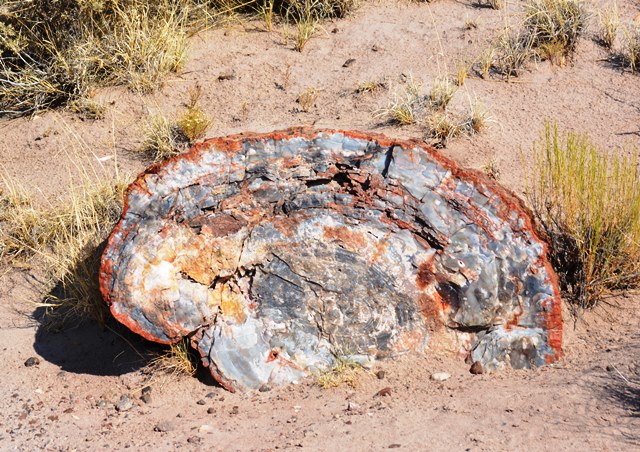 Silica laden groundwater then replaced the wood’s cellulose fiber petrifying the trees.  The result is an eye-popping display of color on many of the trees.  Rather than list everything we did over the next 4 hours, I will say that we stopped at all 18 different points of interest along the park’s 28 mile route!  We included 3 smaller easy hike/walks into that time- each at or under a half mile.  One highlight was where Historic Route 66 had crossed through the park long ago there was an old rusted out Studebaker. 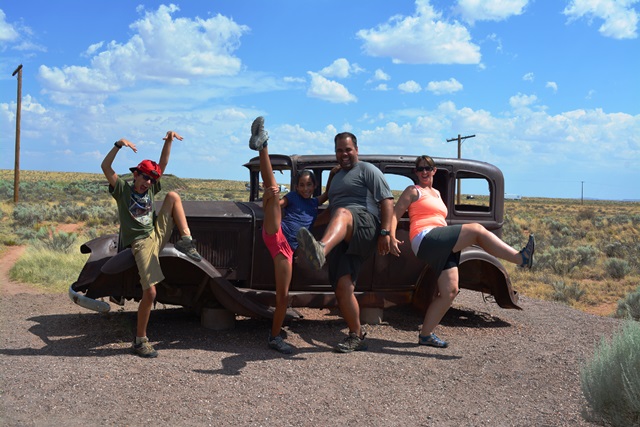 Gett’n our kicks on Historic Route 66 :)

We posed (as best possible) trying to recreate the old saying, “Get your kicks on Route 66”!  Lindsay particularly enjoyed seeing and photographing the petrified wood- (Hence all 18 stops..)  We stopped at a little unnamed diner for dinner and and Victoria noticed that a patron had brought her own flyswatter to swat flies!  Before the waters even reached our table and Lindsay had to swat the first fly we were gone!  We made our way back to the RV for some swimming but just then an enormous wind and electrical storm with brilliant lightning but no rain occurred for the next several hours.  A great fun day here in Northeastern Arizona and we made it almost 100 miles toward home. 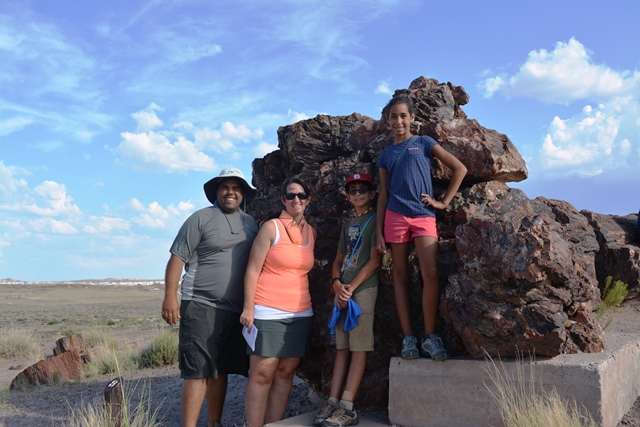 In front of “Old Faithful” the parks largest petrified log.