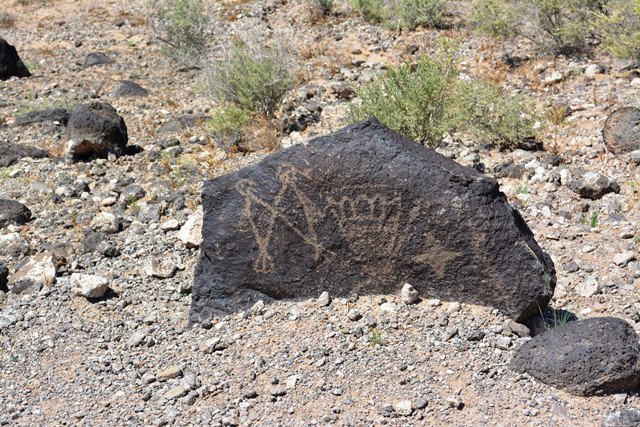 The Sun came up at 5:30 here in Holbrook, AZ this morning and shortly after that we were on the road.  Immediately upon crossing into New Mexico a little while later we set our clocks forward an hour (not for a time zone change but since AZ does not observe Daylight Savings Time).  By late morning we 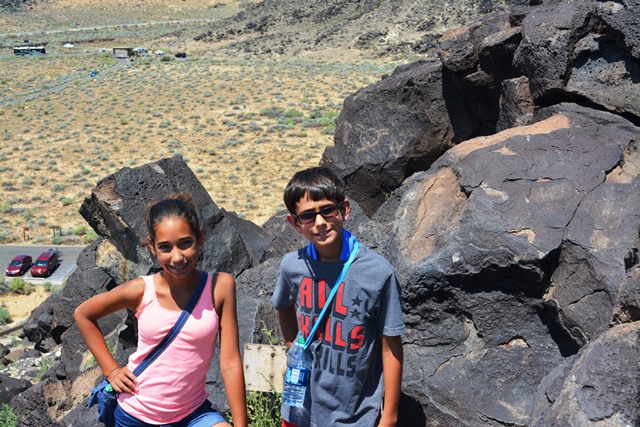 Just over Thomas’ head to the right you can see some Petroglyphs.

were entering the Albuquerque, NM area.  We had planned to stop at either El Malpais or El Morro National Monuments but changed our minds late last night.  Our first stop in Albuquerque was Petroglyphs National Monument.  The park contains over 20,000 petroglyphs.  We had limited time so we stopped at the visitor center and the ranger suggested the Boca Negra Canyon as the best place for us to be view the petroglyphs and to park our RV.  He was half right:  good petroglyph viewing- yes. Good RV parking- not so much.  Once parked, we set off up the short but steep climb up the hill for the 30 minute roundtrip walk.  The petroglyphs were fascinating to see and imagine what the people who carved them might have been thinking or trying to convey.  Early in the trip, we would have been more awed, but we have seen a lot in the last 26 days! 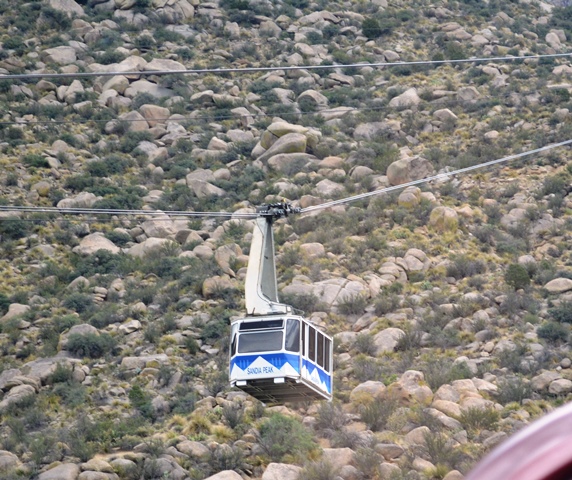 After leaving, we made our way across Albuquerque towards our next stop, the Sandia Peak Tram.  It is is the world’s longest aerial tramway! The tramway goes from its base at 6500 feet to the highest portion of the Sandia Mountains at 10,378 feet.  We had to wait in line for tickets for a good while and were later starting out than we wanted.  We thoroughly enjoyed the 15 minute ride to the top of the mountain with long range views.  Being pressed for time, we stayed on the tram for the return trip back down. They have a number of hiking trails, a fancy restaurant and other activities at the top that looked fun.  We made the return trip down and were glad we did.  The lighting started as soon as we were down and the tram shut down!  If we had gotten off at the top, we would have been stuck at the top in nasty weather for several hours until the tram resumed.  We made our way back to the RV, reconnected and were on our way by 3:30.  We continued east on I-40 for the next 3.5 hours and pulled into Tucumcari, NM around 7pm.  Victoria and Thomas played in the frigid pool for 15 minutes and we relaxed in the camper before bed.  Long drive day tomorrow too. 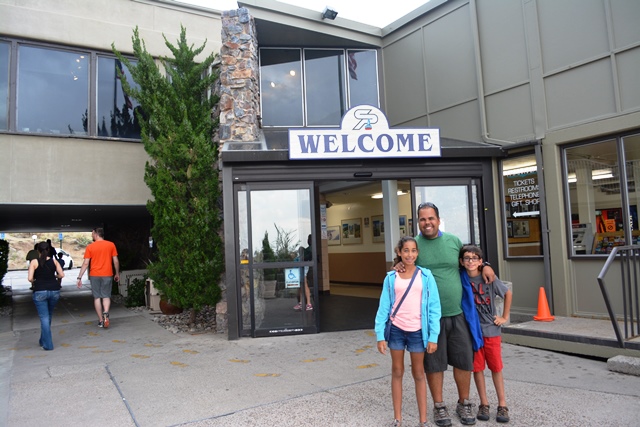