We left Fort Stockton this morning and made the 4 hour journey up Highway 285.  We arrived at Guadalupe Mountains NP by late morning.  We were limited in our time, so after a quick visit to the visitor center, we hiked the short Pinery Trail.  On the hike we saw the ruins of the Pinery, a stagecoach station on the Butterfield Overland Mail Route from 1858.  After loading back into the motorhome, we headed back north on Hwy 62 to Whites City RV Park.  The campground, while very basic, is located just outside the entrance to Carlsbad Caverns NP. 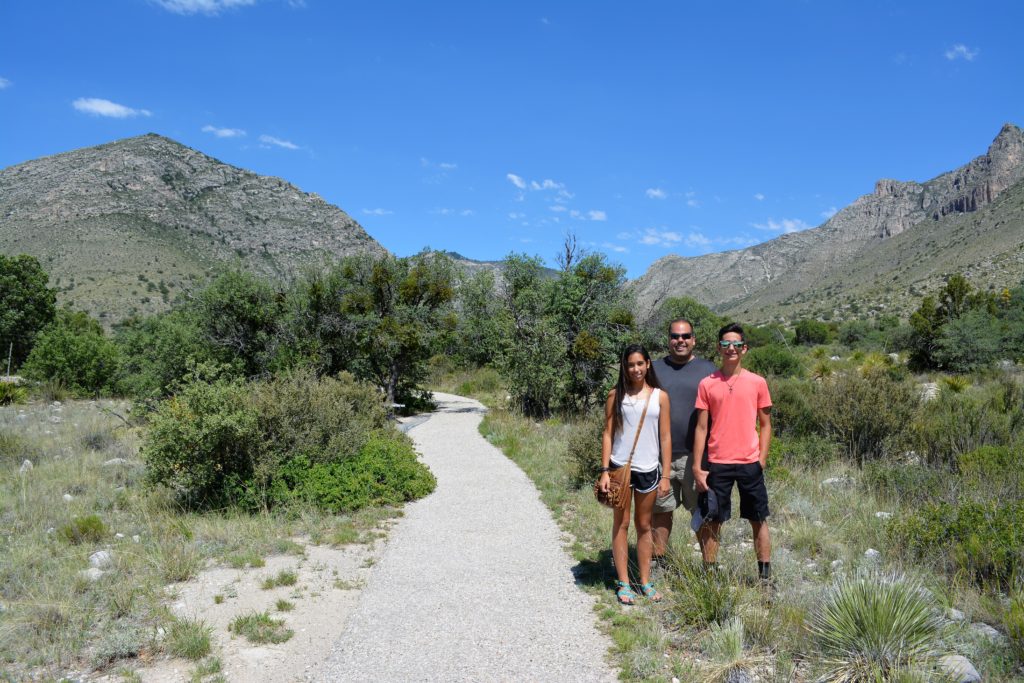 On the Pinery Trail

We set up and soon were in Carlsbad Caverns NP.  I love caves- much to my family’s chagrin- and this was our only cave stop on the entire trip.  We decided to do both the Natural Entrance cave tour and the Big Room cave tour.  Both tours were entirely self-guided.  We started with the Natural Entrance tour which over the course of 1.25 miles descends 800 feet.  It was accurately described as walking into a steep canyon.  We saw some cool formations on the way in (Whale’s Mouth and Iceberg Rock). 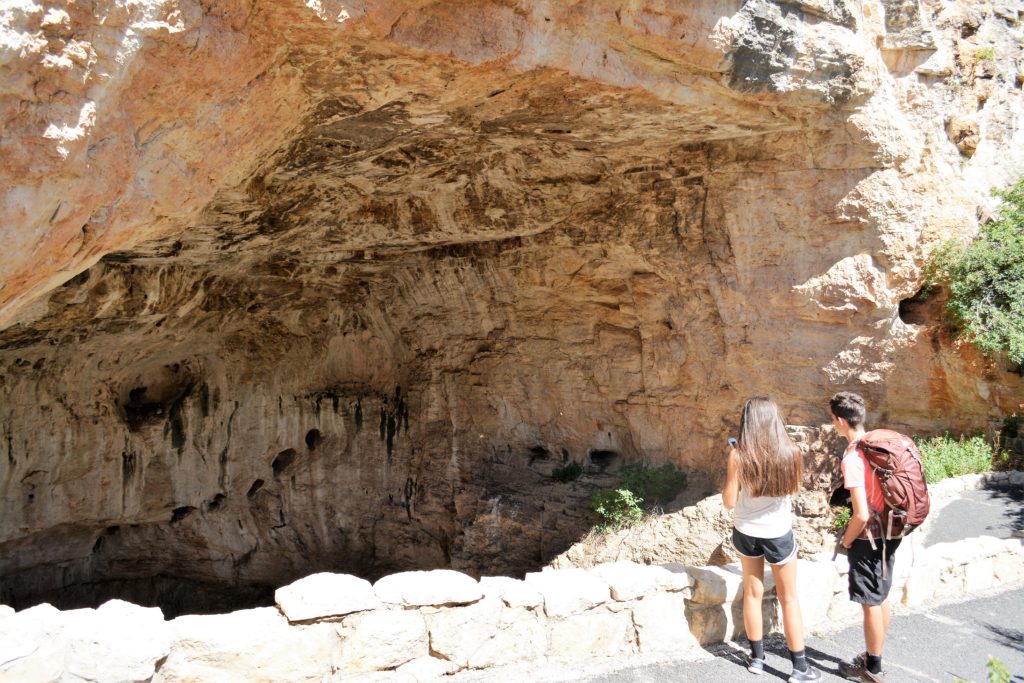 Thomas warmed my heart by saying, “Hey Dad, I really like this cave.”  After reaching bottom, we then did the showcase cave tour of Carlsbad, the Big Room, a 1.25 mile loop that was mostly level!  It was described as a must do and it did not disappoint with it’s huge cavernous area stretching over ¼ mile in length.  The highlights of the tour were the Hall of Giants, Bottomless Pit, and Rock of Ages.  It was a refreshing break from the hot Texas sun to be able to enjoy the constant 56 degree weather of the cave.  After a quick 20 second elevator ride back to the surface, we were back above ground.  We sat and ate a leisurely dinner at the NP cafeteria before heading over to the amphitheater for the summer bat flight program.  We arrived and the ranger gave an informative talk about the few hundred thousand Mexican bats that fly each evening from Carlsbad Cavern from mid-May until the bats migrate to Mexico in mid-October.  The bats fly out of the Natural Entrance in differing amounts each night.  Some time it takes only 20 minutes and sometimes as much as 2 hours.  Tonight they came out at a more leisurely pace but it was still impressive to see many thousands of bats circling as they came out of the cave before they headed off to feed on moths.  A great day here at Carlsbad and tomorrow we are off again! 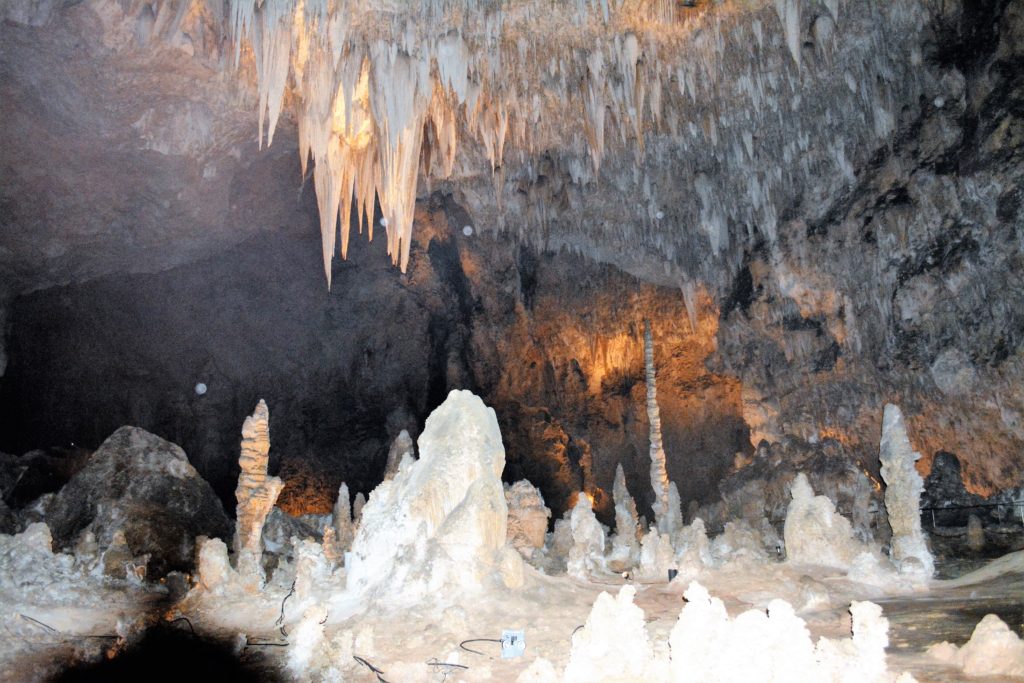 “The Chandelier” in the Big Room