We left the luxury KOA this morning and made the short trip over to the western unit (Red Hills) of Saguaro NP.  We quickly realized that we needed to disconnect and park the RV after scraping the road at some deep dips.  After resuming in just the Explorer, we pulled into the NP visitor center for a short 15 minute video.  Saguaro NP is named after the majestic Saguaro cacti which cover the landscape.  We learned that the Saguaro grows to only 12” after 15 years and ones that live to over 150 years can attain the grandest sizes at over 50’ tall and 16,000 pounds or more.  We started to attempt an off road vehicle trail but turned back after the going got overly bumpy.

We left the NP and continued our push to CA on I-10 before merging on to I-8.  It got hotter and hotter as the day wore on reaching 109 degrees at 5pm.  Then in a short amount of time, everything went south!  I had scraped the bottom and damaged the RV steps at Saguaro, so they did not function.  Then the front HVAC went out.  That was followed by a blinking of lights on the RV jacks monitor and the smell and haziness of smoke in the back of the RV.  We opened up all of the windows and brought the kids out of their bunks.  We finally stopped at the El Centro, CA Walmart to escape the heat and smoke in the RV. 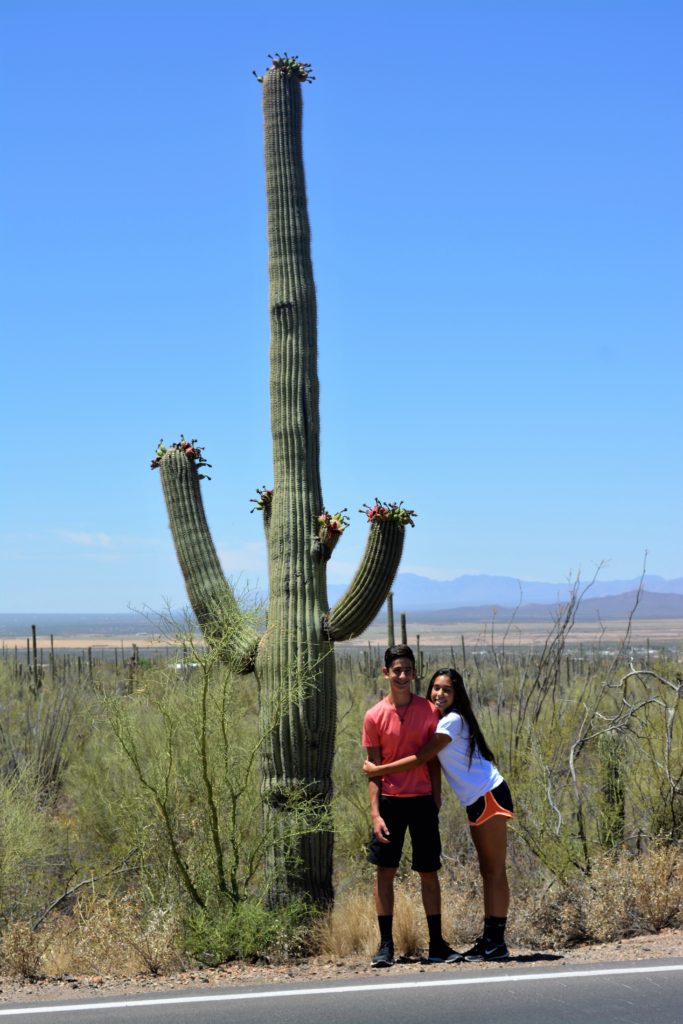 We were quite the site huddled in the McDonalds inside the Walmart with our little dog hidden in her bag to enjoy their AC!  We determined that the hydraulic motor for the jacks/slides had developed a leak which was then getting hot and causing the smoke.  We used the time in the cool to find a mobile RV mechanic who could help us Friday morning.  We then made the push across after waiting out the worst of the desert heat.  We arrived in to San Diego at almost 11pm worn out and exhausted but happy to have made it across the entire country!