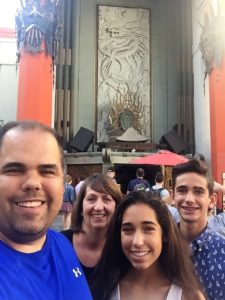 We left Malibu today and headed inland to mingle with the Hollywood elite! (Disclaimer: NO actual celebrities seen or mingled with). We drove through the high end of Hollywood and checked the Zillow value on houses to confirm what we already knew- IT IS EXPENSIVE to live in LA!  No shortage of Lamborghini’s and Ferrari’s out on this picture perfect Saturday.  We cruised down Rodeo Drive, Hollywood Blvd,and other famous roads before stopping for a delicious lunch at one of the Mel’s Drive-Ins on Sunset Boulevard. 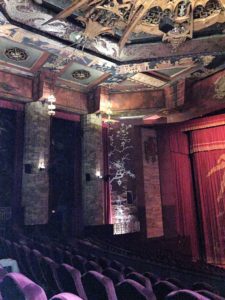 Very cool place and Victoria and Thomas even picked some old songs on the table juke box to play.  We headed further in and parked the car near Hollywood Boulevard to take in all of the craziness in person!  We saw the usual assortment of people dressed as superheros, Harlem Globetrotters, guys handing out their free demo cd’s for a “donation” and also a band of singing Hare Krishna’s and other street fare.  We walked in to the Roosevelt hotel and Dolby Theater and saw the huge crowds in front of historic Grauman’s Chinese Theatre.  I tried to get the kids to take the educational tour but they were not interested, so we made a quick change of plans and instead went to the afternoon matinee showing of the just released “Transformers: The Last Knight” in IMAX 3D in the main theatre hall.  The movie was great but seeing it in the grandeur of Grauman’s Chinese theatre was awesome!  Once the movie ended, we headed to the Griffith Observatory for a good view of the fabled HOLLYWOOD sign.  With a nearby music concert, parking was tight and we had to walk up the hill.  We caught the sign in the fleeting sunset and toured the Griffith Observatory/Planetarium after dark. 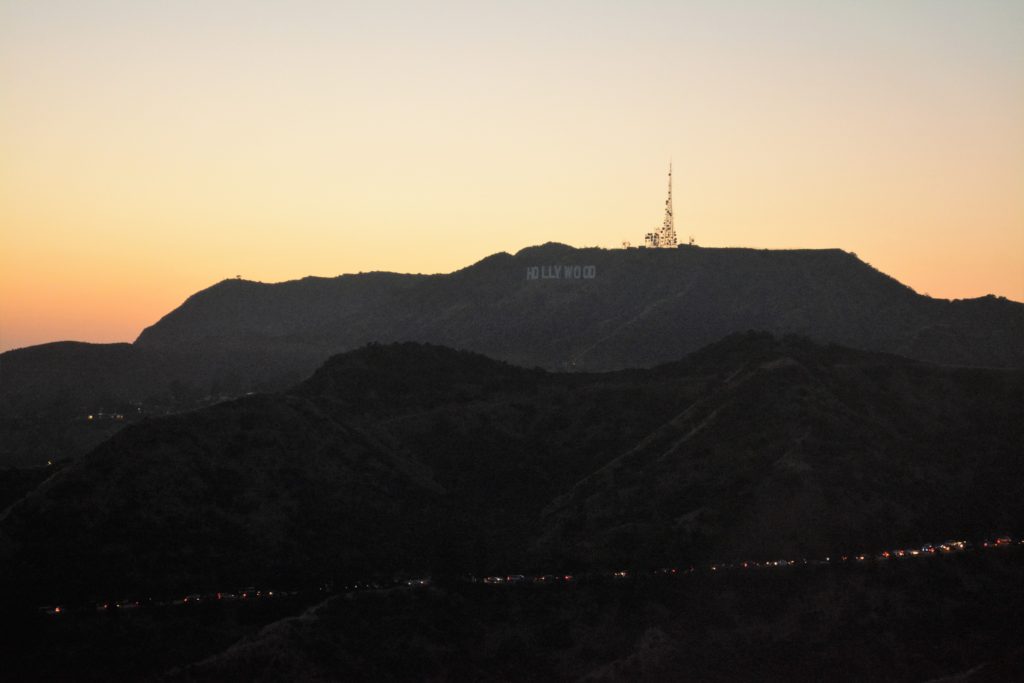