I stayed up to 3am working at the computer, so waking this morning was difficult.  We pulled out of the Malibu Sunset RV Park just about 11am and made the over 2 hour trip up the beautiful coastline passing through Las Cruces and Santa Maria on our way to Morro Bay.  We set up camp and soon were at our first stop, Montana de Oro State Park.  We drove through a beautiful canopy of trees on the coastal road and

stopped at Spooner’s Cove.  There was a large boulder in the surf and we climbed it for beautiful views of the ocean crashing against its front side and a competition between Thomas and me of throwing rocks into the ocean to hit a visible rock- yes, we can make anything a competition!  We then headed toward the town of San Luis Obispo (SLO) to check out the Madonna Inn.  It is a monument to kitsch with its huge stone walls, peace cow, uniquely themed rooms, pink walls and carpet, waterfall urinal, and much more.  Normally, I am the one who likes this sort of thing but Lindsay and Victoria were both loving it.  We then headed to downtown SLO to Higuera Street to check out the bubblegum alley that is covered in many thousands of pieces of gum!  Leaving SLO, we spotted the Tolosa winery and even though we don’t drink, scooted in the gate and did a quick drive through their fields to check out the grapes.  They were not ripe and very bitter to the taste!  We then headed further south to Pismo Beach.  We had dinner and walked along the small boardwalk only since their pier was closed for refurbishment and checked out the tourist shops.  The weather has turned cool and the low cloud cover has rolled in making visibility very low.  We headed back to the RV and tomorrow we are off on the PCH. 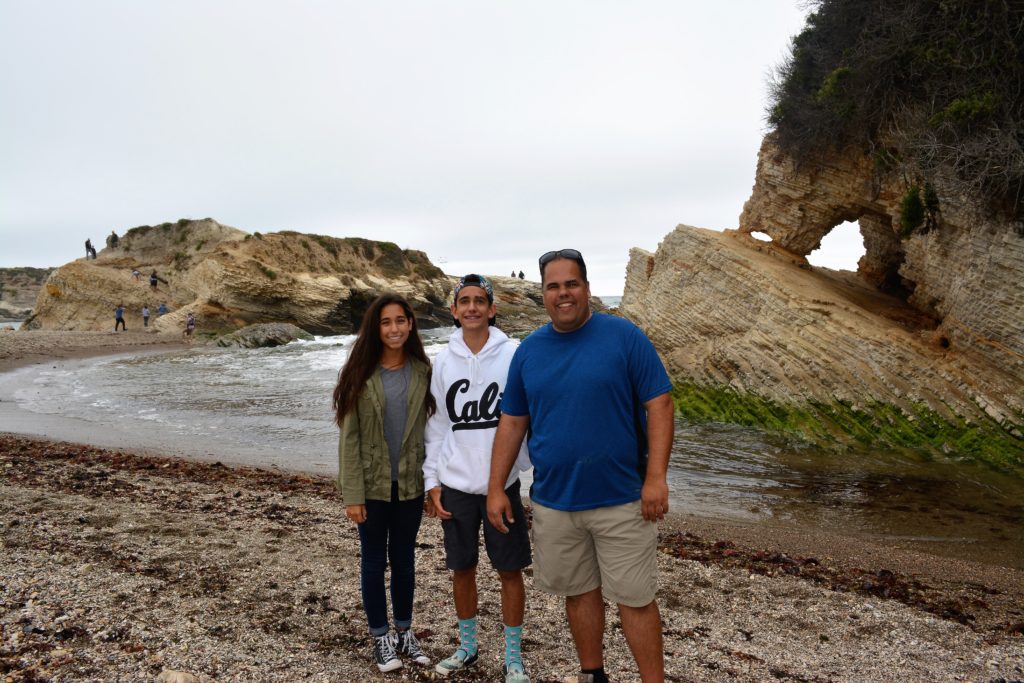